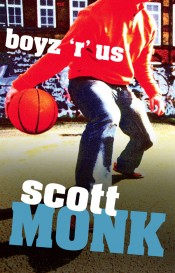 It’s a long, mad ride from Summer Bay! Chicks, babes, cars and music; bored kids and shouting mothers; fathers that suck on a bottle to put themselves to sleep; and TV sets blaring mindlessly. Race tensions are hotting up in Marrickville and the media want a gang war so badly that they nearly start one. As Mitch looks back on his time as former leader of the Tunderjets, he tells the searing story of a scene that in some ways, no matter how hard you try, you can never leave.